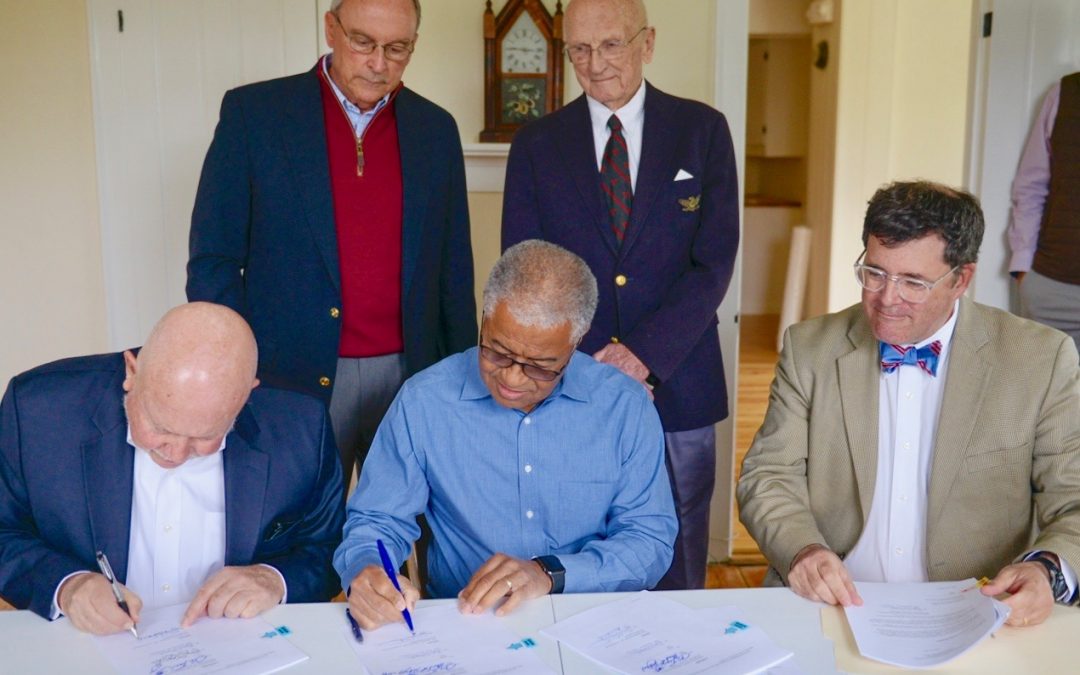 Moody Center and Northfield Mount Hermon (NMH) are pleased to announce the signing of an agreement to transfer oversight and stewardship of Dwight L. Moody historical sites in Northfield, Mass., previously owned by NMH, to Moody Center. Real estate included in the agreement consists of the D.L. Moody Birthplace and interests in Round Top and surrounding property.

Additionally, the great-grandson of D.L. Moody, David “Dave” S. Powell, has announced that the Powell family’s ownership interest in Round Top, the gravesite of D.L. and Emma Moody, also is being transferred to the stewardship and oversight of Moody Center. 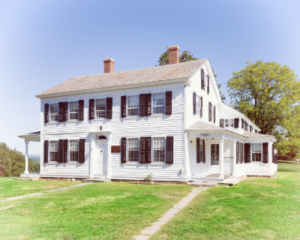 “Northfield Mount Hermon recognizes D.L. Moody’s far-reaching impact on both the schools he founded and on the world. We appreciate the Moody Center’s preservation and stewardship of these historic and meaningful assets,” said NMH Head of School Charles A. Tierney III.

Dave Powell’s parents [Edward Sr. and Emma Moody (Fitt) Powell] moved their family to Northfield in 1936 to live with his grandparents [Percy and Emma Reynolds (Moody) Fitt, daughter of Dwight L. and Emma C. (Revell) Moody]. He graduated from Mount Hermon School for Boys in 1948, Yale University in 1952, served in the U.S. Air Force, married Lucia Passano, raised two sons (Tim and John) and worked a civilian career with the Bell System.

“When the original Northfield campus closed in 2005, it became increasingly important to me, personally, to preserve the history and legacy of my great-grandfather,” Powell said. “As a current member of the Moody Center Board of Directors, I am delighted that D.L. Moody’s Christian influence will continue to inspire future generations around the world.”

“We are humbled by the confidence Northfield Mount Hermon and the Powell family have entrusted to Moody Center,” said Emmitt Mitchell, President. “Accepting the transfer of stewardship these agreements represent is truly an honor, and we are blessed that our vision of serving as the epicenter for ministry innovation and building a museum and heritage center is gaining momentum, expanding research capabilities, generating on-site events and creating a catalyst for revival in New England — and beyond. Our focus is and will continue to be on the life, work and legacy of God’s great servant, D.L. Moody.”

“With this agreement and the gift from Mr. Powell, Moody Center has assembled all of the D.L. Moody legacy properties, including his Birthplace, Homestead, Round Top, Auditorium and Revell Hall, which was the first building of the Northfield Seminary for Young Ladies. Renovation of the Birthplace has already begun, and we anticipate opening some of these buildings for future tours,” said Larry Edge, Consultant with the Moody Center.

Additional Resource:  Please click on the image, below, to view a related article from the Greenfield Recorder. 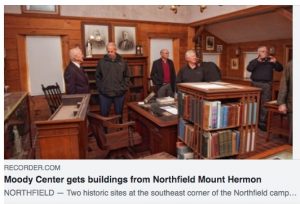