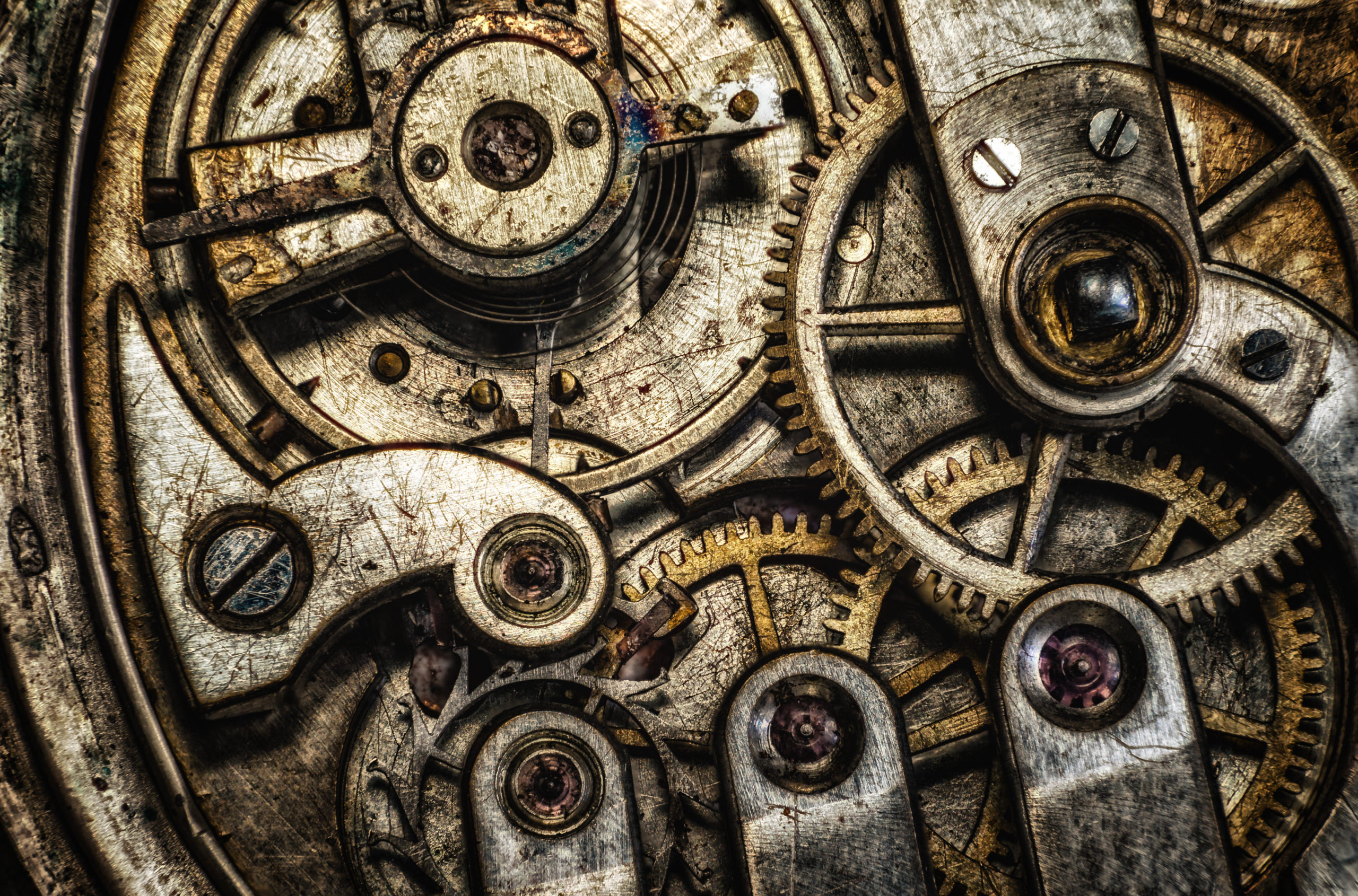 Why is discipleship important? Why do God’s people need to get serious about discipleship now?  The simple answer: now is better than later.  While it may be tempting to create a crisis for which discipleship is the solution, discipleship is not a solution.  It isn’t something we do to fix some problem we are facing.  Discipleship is a way of life we commit to when we proclaim “Jesus is Lord.”

While we shouldn’t view discipleship as a solution to our problems, discipleship will ultimately help us to resist temptation as we learn to observe all of God’s instruction.  As we enter the community fo faith through baptism and learn obedience (Matt 28:19-20), we become the sort of people capable of navigating the challenges we face in ways that point to Christ. Discipleship is what we do to become the sort of people who live differently in a world that does not know God.

At present, we exist within a world uniquely proficient at telling stories that deny God.  While social media and the internet have allowed for the proliferation of such stories, there is no sector of society that does not encourage conformity to something other than Christ.  In some sense, Christians are in competition with other entities that are also seeking to make disciples.  These entities advance ideologies, which involve a manner of thinking about and determining the relevance of various aspects of the world.  Entities like the state, industry, and culture press us to conform to a way of thinking about the world that obscures God and seeks to employ us to demonstrate the pseudo-wisdom of the world rather than “the manifold wisdom of God” (Eph 3:10).

Discipleship, then, is crucial now not because there is some “pending doom” but because the world, regardless of era or culture, stands over against God.  As John writes, “For all that is in the world—the desires of the flesh and the desires of the eyes and pride of life—is not from the Father but is from the world. And the world is passing away along with its desires, but whoever does the will of God abides forever” (1 Jn 2:16-17).

What is Discipleship: A Discipled Posture

The church must begin to take discipleship seriously because without discipleship we will become less capable of being a faithful presence in the world.  In a very real sense we “will need to reconsider what it means to make [and be] disciples in a context where our ability to fulfill virtually every fleeting desire may well keep us from cultivating the deeper longings of our heart” (Spencer, Thinking Christian).

Those longings are forged within the comfort and crucible of Christian community.  Christianity binds us to Christ and to one another.  As a body of connected members, we learn new ways of being together, as well as new ways of being in the world.  This way of being together and in the world is the fruit of discipleship.  While “there is in any culture a range of footings we can be on with each other: intimate or formal, deferential or egalitarian, narrowly functional…or open-ended” (Taylor, The Language Animal) those who proclaim “Jesus is Lord” are to learn to be with others on the “footing” called “discipled.”  Cultivating a discipled posture is crucial because, “only when the rank and file of the Christian Churches are enlisted in active service for Christ, will His Kingdom advance as it ought” (Moody, To the Work).

Christians can, should, and do participate in formal settings demanding politeness and decorum.  We are often involved in more casual daily interactions. However, our interaction in these settings is to be nested in discipleship.  That is, “discipled” is our non-negotiable way of being in the world.  It governs all other interactions.  Being in the world without being discipled may still allow Christians to live principled lives characterized by kindness, generosity, and civility.  Yet, Christians have not been called from darkness to life to be nice.  We have been called to be and make disciples.

To approach the world with a discipled posture requires that, having been buried with Christ in baptism, we learn to walk in newness of life by observing the full counsel of God’s word (Matt 28:19-20; Rom 6:4). Learning to walk is not simply a matter of accumulating information about God.  Too often Christians have mistaken education for discipleship, yet there is a difference between learning and learning to obey.  Discipleship involves the former and requires the latter.

Choice is a relatively recent innovation.  As sociologist of religion, Peter L. Berger notes, “Modernization leads to a huge transformation in the human condition from fate to choice” (Berger, The Many Altars of Modernity).  While Christians might replace the language of “fate” with a theological term appropriate for expressing our convictions about God’s hand in our lives, the shift toward choice is difficult to deny. Again, as Berger notes, “All of life becomes an interminable process of redefining who the individual is in the context of the seemingly endless possibilities presented by modernity. This endless array of choices is reinforced by the structures of capitalist systems, with their enormous market for services, products, and even identities, all protected by a democratic state which legitimates these choices, not least the choice of religion. All of these areas of an individual’s life were once taken for granted, were fated. They now become an arena of almost endless choices” (Berger, The Many Altars of Modernity).

The proliferation of choices creates expectations.  It becomes “normal” to determine the course of our lives.  There is nothing particularly wrong with making choices like who we marry or what career to pursue.  There is, however, something wrong if we mistake such choices for autonomy from God.  Disciples may make choices, but those choices are made within the context of a discipled life.  At our most faithful, we make the big choices of life as an expression of our commitment to observing all of Christ’s commands (Matt 28:20).

The problem of choice occurs when we decouple ourselves from Christ’s authority under which we learn to live as disciples. To put it differently, when we view discipleship as voluntary or believe we can pick and choose what sort of disciples we want to be, we can be sure we have given into temptation that “consists not so much in the titanic desire to be as God, but in weakness, timidity, weariness, not wanting to be what God requires of us” (Moltmann, Theology of Hope).

What Does Discipleship Mean: Discipled Speaking and Acting

If discipleship is our way of being in the world, we must understand how to speak and act in a “discipled” manner.  Learning to observe all Christ has commanded (Matt 28:20) is unlikely to be easy as we shift away “from a society in which it was virtually impossible not to believe in God, to one in which faith, even for the staunchest believer, is one human possibility among others” (Charles Taylor, A Secular Age).

While there are multiple factors that have drawn us into an arena in which God and faith are marginalized, our concern is not that the world believe our faith is feasible or rational, but that by living out our faith we give God the opportunity to showcase his sovereignty, wisdom and benevolence in our individual and collective lives.  Being “discipled” is the means by which we (1) resist the forces that would hinder us from reflecting Christ and (2) allow ourselves to be carried forward by the forces that prompt us to conform to Christ’s image.

Our resistance will often need to be tailored to the forces that seek to hinder us.  We can resist by practicing some of the traditional spiritual disciplines or engaging in other practices that keep us from accepting stories that deny God.  Resistance represents our refusal to accept the alternatives of the world.  We follow God even though we may not understand where He is leading us.  As such, resistance is a sort of tactical obedience applied over against ourselves and the world.

As we resist those forces that hinder us from conforming to the image of Christ, we also seek to align ourselves with the movement of God’s Spirit.  To do so also requires that we obey.  Our proactive obedience forges within us a deeper understanding of how God works because we test God by obeying him and walking in accordance with his wisdom (Mal 3:10).  That participation cultivates an awareness of one’s own movements in relation to God.

It demands that we move beyond propositional claims (though without leaving them behind) to develop the God-following skills necessary to speak and act faithfully.  Like a chef given a mix of surprise ingredients to make a meal, disciples learn to cook with what they have.   Discipleship is about improvisation.  We learn to move and speak like Christ regardless of the situations in which we find ourselves.

To speak and act as disciples, we would be wise to take James’s advice: “…let every person be quick to hear, slow to speak, slow to anger; for the anger of man does not produce the righteousness of God” (James 1:19-20).  Our ways may seem right.  They may even feel good in the short term, but, if we are committed to “seek first the kingdom of God and his righteousness,” we can’t just do what seems right in our own eyes (Matt 6:33).  We must learn to speak and act obediently.

To be discipled is to learn to move and breathe in the world in ways that point others to Christ.  It is up to all of us to learn obedience.  Discipleship is the work we are called to do.  It is crucial that we do it.  As Dwight Moody notes, “During the years that I have been privileged to labor for God…I have strongly and increasingly felt that the task of arousing Christians to a deeper sense of their responsibility is even a more important task than that of the simple evangelist” (Moody, To the Work).  May the body of Christ awaken to that deeper sense and begin the hard, good work of being and making disciples.