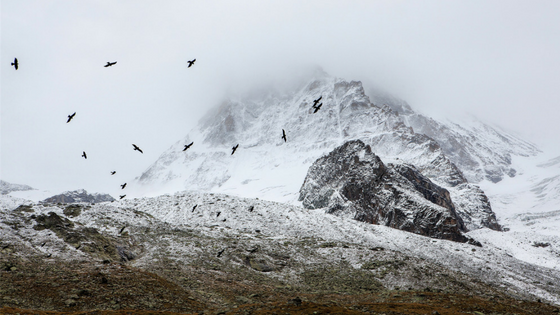 Looking at the life of D.L. Moody, a successful evangelist who preached to millions, raised millions of dollars, and started successful schools, it seems he was met with success after success. If you dive deep into his biographies, you will find repeated stories though of the obstacles which he had to fight. These lessons provide a model for facing your own challenges.

One of the main challenges people do know about with D.L. Moody was his lack of education. At the start of his ministry, he often lacked the confidence and relied on others to preach. The way Moody began to overcome this challenge was humbly turning this weakness to God and allowing Christ to work in him. He kept this humble attitude with him even as he grew into confidence as a teacher. The way he grew his understanding was by listening to other teachers and asking questions for his growth.

Moody was not afraid to admit that he got it wrong and be willing to change, and this a practice we should all follow.

People want to be known. This principle applied during Moody’s day and age, and it still applies to ours. During Moody’s time, religion was very formalized, not life-giving, but Moody changed this by learning about people and showing them how Jesus stepped into their own story. You can read any number of Moody’s sermons, and you will find them filled with anecdotes of the people he met with and their struggles.

If you are struggling to connect with people, take a moment to step back, let them be heard, and understand how life has shaped their story thus far.

A life fully surrendered to God is where God’s true victory reigns, and Moody lived such a life. Rather than living to please people, Moody overcame this human inclination and lived with great courage. Some of the requests he made might seem audacious if they were not in the context of asking from a life that was clearly dedicated to the Lord. Moody created innovative ideas to sustain his ministry, he made bold asks for people to join his work, and he fearlessly shared the gospel.

In a day and age of political correctness, we tend to try to keep the status quo, but look across history, and you will find be hard pressed to find examples of God’s disciples changing the world by pleasing people. We must live with a boldness, guided by God, not our strength.

One of the things that makes Moody’s life stand out is that he did not try to do and be all things; he knew there were some challenges he could not tackle on his own. He was secure in the areas to which God had called him, and he then built his community to fill the rest of the needed roles to continue the work of God effectively. He found business partners, planners, city contacts, skilled musicians, and he followed their guidance for the areas needed. You may be most familiar with the name of Moody but there are so many other names attached to the great movement he spear-headed.

God called us to be part of a body, and we need to heed this. In our calling, God usually has other laborers with which we should join. We reap the benefits of community and greater effectiveness for the Lord.