A Partaker of Grace 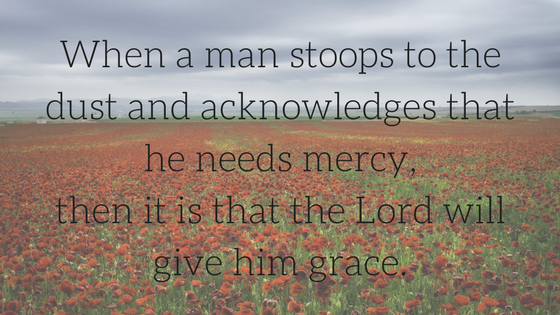 Dwight L. Moody faced the challenge in his time of reaching a society that was entrenched in a deadened spirituality. Keep the rules, attend service, and that is enough was the prevailing thought. The concepts of grace and joy were more likely to be ignored, but Moody began to change this conversation as he moved further into ministry.

At the start of his ministry, he copied the prevailing thought of preaching more on judgment, but a few key people influenced him to give a full examination of the truth of the Bible, which includes grace. His own speaking began to change, and in turn, it brought new revelation and hope to many lives.

Moody shares this story of how he began speaking about grace:

I remember preaching one night in winter—one of the coldest winters we had—the winter after the Chicago fire. I had been studying up grace, and it was the first time I had spoken of it, and I was just full of it. I started out of the house, I remember, and the first man I met I asked him if he knew anything about the grace of God, and I tried to preach to him. This man thought I was crazy. I ran on and met another, and finally got up to the meeting.

That night I thought I was speaking to a lot of people who felt as I did about grace, and when I got through I asked any one who would like to hear about grace—who had any interest in it, to stay. I expected some would have stayed, but what was my mortification to see the whole audience rise up and go away. They hadn’t any interest in grace; they didn’t want to learn anything about grace.

I put my coat and hat on and was going out of the hall, when I saw a poor fellow at the back of the furnace crying.

“I want to hear about the grace of God,” said he.

“Yes,” the poor fellow said, “you said in your sermon that it was free, and I want you to tell me something about it.”

Well, I got to talking to him, and he told me a pitiful story. He had drank away twenty thousand dollars, his home had been broken up, and his wife and children had left him. I spoke to him, and it was not long before we were down together praying. That night I got him a night’s lodging in the Bethel, and next day we got him on his feet, and when I went to Europe he was one of the most earnest workers we had.

He was just a partaker of grace—believed that the peace of God was sufficient for him, and he took God at his word and he was a saved man.