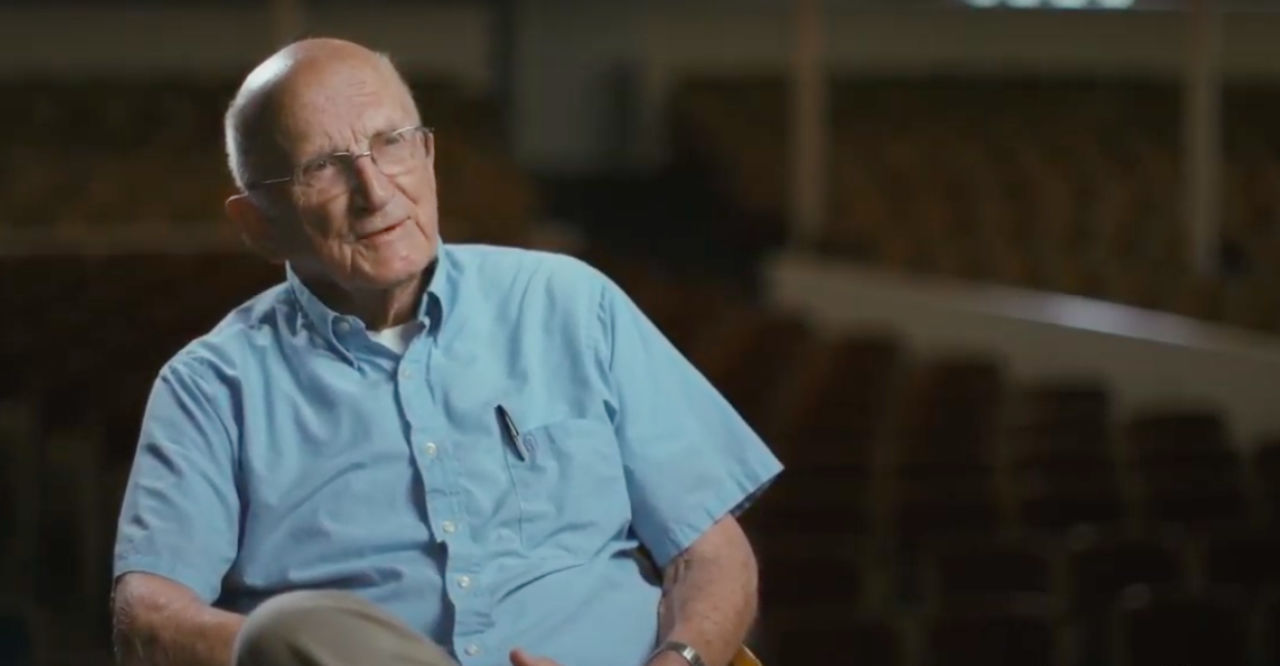 Q: Dave, you’ve been passionate about preserving D.L. Moody’s legacy…and for good reason. Can you describe why you came to feel it was important to take steps to make sure Moody isn’t forgotten?

A: Moody’s memory is alive around the world. Even with the Northfield Seminary for girls established in 1879 and the Mt Hermon School for boys established in 1881, Moody hasn’t always been remembered in Northfield, MA. In 2005 the schools consolidated on the Hermon campus. The Northfield campus was vacant from 2005 to 2017 with little capability to preserve the Moody legacy. In 2017, we were blessed when Emmitt Mitchell, who is now president of the Moody Center negotiated to have the Thomas Aquinas College from California accept three-fourths of the campus, which left a quarter for creation of Moody Center. The part of the campus Moody Center received included those places closest to Mr. Moody’s personal life, such as the Birthplace, the Homestead, Round Top, Witness Grove, and the Auditorium. We set out to preserve Mr. Moody’s memory in Northfield.

My son Tim suggested an important way to preserve Moody’s memory: the collection of textual archives. Tim and I visited those places with close associations with D.L., to see if they would be partners with us to preserve and make accessible letters, sermons, reports, meeting minutes, notes and anything else bearing his signature. The D. L. Moody Digital Archives are now on-line and ready to serve the world!

Q: Do you have a story that stands out as particularly significant to you?

A: At age 17, Moody decided Boston would provide a better life than he had in Northfield. Being unsuccessful in securing employment, he ended up working in his uncle’s shoe store. His uncle agreed to hire Moody on the condition that Dwight attend Sunday School. The Sunday School teacher, Edward Kimball, took a liking to Dwight. He thought Dwight needed to know something, but wasn’t sure on how to tell him. Mr. Kimball got his nerve up and marched down to the shoe store. He was so concerned about how exactly to approach Dwight and whether Dwight would be free when he arrived that he walked right past the shoe store. Returning and composing himself, he entered the store and

learned Dwight was in the back room packing shoe boxes. Mr. Kimball didn’t remember the exact words he said, but he conveyed this thought: “Dwight, the Lord loves you and in return he wants you to love Him.” Moody had been a fatherless, impoverished, love-lacking boy. This young man was just ready for the light that broke upon him…the sun shone brighter and the birds were prettier as he walked across the Boston Common…the future great evangelist gave himself and his life to Christ thereafter.

Q: Aside from the gospel what message would D.L. Moody want people to hear today?

A: I tend to summarize what Moody did in three words: learn, love, live. He wasn’t educated, but he was a learner. He would wade into some area and pick up enough to understand what needed to be done and why. Moody didn’t learn for learning’s sake…he did it so that he could love others. He genuinely cared for and wanted to help others. He didn’t just stop with love or compassion, but carried it out in the way that he lived. Love wasn’t love without some action. Moody sought to learn, came to love other people through that learning, and could do little else than live it out.

Q: When you consider the challenges he must have faced, there is obviously a lesson there as well.

A: He would say that life isn’t easy, but you can’t quit. It goes back to his difficult childhood. He could have decided to give in, but he pushed forward. If you look at his life after his conversion, you see something similar. Once he decided to serve Christ, he wouldn’t stop. His life became about the gospel. One thing people may not know about Moody is that he ministered to soldiers in the Civil War…not Northern or Southern soldiers, but Northern and Southern soldiers. He wanted to make sure everyone heard the message of Christ…not just high society, but everyone.

Q: If he was still alive and in his prime, what would he be doing?

A: Moody would make sure he changed with the times without abandoning his convictions. Moody would have looked at changes as a new generation grabbing hold of the gospel in their own way. He would have been wherever he felt God’s Spirit moving and he could make a unique contribution. He’d be leading the next great awakening. It was just in his DNA to do the basics…prayer, study, worship…with earnestness and urgency. That is a big reason that God used him so powerfully.

A: Moody wasn’t isolated in Northfield. Northfield was his home. He would get up early in the morning, pick up my 6-month old mother, and with her in his lap ride through town in his carriage talking with folks and sharing produce from his garden. He loved Northfield and the people who lived there.

I think the Moody Center property in Northfield is special. I’ve had a deep relationship with the property since I was a boy. I’ve work on the property since I was 16. There is something more than nostalgic about the space. It isn’t sentiment…it’s the experience that it provides that really can’t be replicated. Stand on Round-Top where Mr. Moody and Emma are buried and look over the beauty of God’s creation and it is hard not to think about who God is and what he wants you to do.

A: Moody needs to be remembered. There was a time in Northfield where he really was forgotten. Even with the property there, Moody and what God did through him was lost somehow. My hope is that Moody will impact many future generations through the preservation of the property and the digital archives. I hope a whole new generation will learn to love God and others, to live out that love.