Standing Where D.L. Moody Stood — and Reviving His Legacy 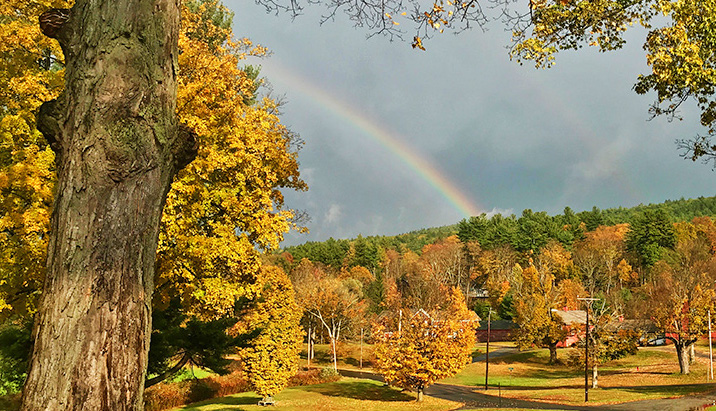 Standing Where D.L. Moody Stood —
and Reviving His Legacy

By Dr. Erwin Lutzer, Board Member 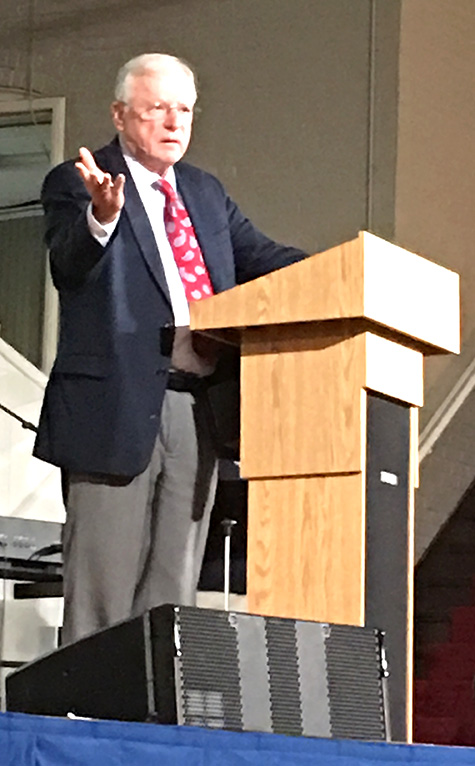 On October 23, 2018, I had the privilege of delivering the keynote address for the launch and rededication of the Moody Center in Northfield, Mass. It was an occasion celebrating a rich history and revived dreams, further including a noteworthy mix of rolling thunder and heavy rain evolving as rays of glorious sunshine and even a double rainbow. A day to remember.

There is a story here.

Through a series of events, the original birthplace and lifelong retreat of D.L. Moody is now under the wings of the Moody Center, which ultimately does one thing: Communicate the Gospel. The property encompasses nearly 100 acres and is nestled among New England’s rolling hills intersecting Massachusetts, New Hampshire and Vermont. It’s a sight to behold and well worth a trip to experience the rich history and spiritual legacy of D.L. Moody in person.

As a member of the Moody Center Board of Directors, I have been blessed with a front row seat witnessing answered prayers and forgotten dreams coming to life. Our mission is to continue the work of D.L. Moody in creative evangelism and discipleship. This will be achieved through an innovative mix of online ministry education and training, digital archives, a heritage center, conferences, retreats, on-site events and even recreational and residential communities — all designed for experiencing God in exciting new ways: Mind, body and spirit.

Before the service began, an elderly gentleman approached and wept as he told me how he had brought Billy Graham to the property in 1950, and Billy knelt at Moody’s grave and prayed for revival. The man said he had been praying, through all these years, that God would restore this property as a Gospel witness. A woman from Korea further shared a copy of an article about the many Koreans who have visited Northfield for years, also praying that the property would be repurposed for the Gospel. I realized that both individuals and groups, many carrying the same burdens and prayers, have long continued to be drawn to the home of D.L. Moody. 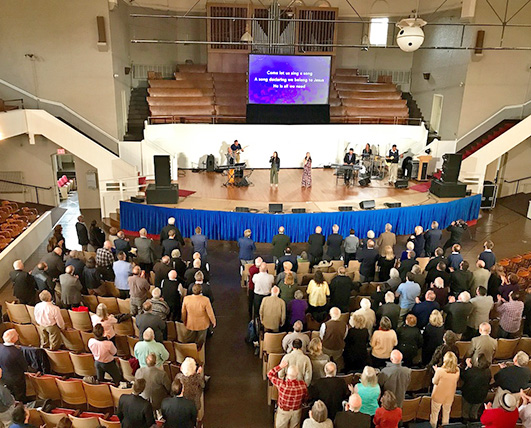 My keynote address was given in the original auditorium, built in 1894, while standing where D.L. Moody often stood to preach and where his funeral service was held in 1899. I began with a question — “Can these dry bones live?”— and I proceeded to tell about D.L. Moody’s life, his ministry and our vision as an epicenter of ministry education and serving as a catalyst for spiritual revival emanating from New England to the rest of the world.

After my message, the plan was for me to lead our 200+ guests to a nearby hill on the property known as “Round Top,” which is where D.L. Moody and his wife, Emma, are buried. In Moody’s day, this was referred to as the “Olivet” of the region, because Moody himself liked to gather students in the nearby valley and teach them the Scriptures. He even said he would like to be buried at the picturesque Round Top. Thankfully, his wishes were honored.

In the many decades since D.L. Moody’s death, students have continued to gather at Round Top for times of visiting and religious services. Word also has it that witches came to the property, representing their religion. Another board member shared that, as he walked up the hill many years ago, he saw what appeared to be a witch at Moody’s grave. She was dressed in all black and was chanting until she saw someone approaching and began to run. This is why a brief ceremony was planned for Round Top as part of the launch event, thus renouncing the past and rededicating the property to Jesus Christ and the furtherance of the Gospel.

Near the end of my address, I could hear the rumbling of thunder and wind was blowing rain against the outer windows of the auditorium. For the safety of our guests, a decision was made to keep the ten-minute rededication ceremony in the auditorium instead of proceeding to Round Top. After leading everyone in a final prayer of commitment, I opened my eyes and saw sunlight streaming through the windows. Later, some people remarked that the first rays of the sun were shining brightly on the front row, directly where the Moody Centerboard members were seated. I suggested that if I had just preached a while longer, we may have been able to walk to the grave at Round Top as we had originally planned! 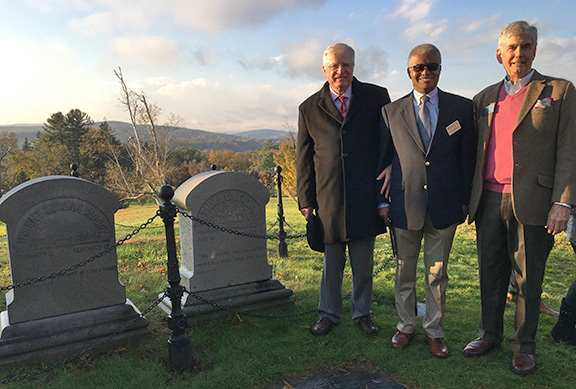 As the service concluded and music filled the auditorium, guests began to leave and were immediately greeted with a double rainbow. Not only was the sun shining — but there was not a cloud in the sky! Some interpreted this as a sign of God’s blessing. He speaks through the thunder (see II Samuel 22:14; Psalm 77:17); but after the thunder comes the blessing of sunshine. I have often seen sunshine after rain, but I must say I have never seen the rain give way to sunshine in just a few minutes and with no cloud left in the sky.

So, although the grass was wet, many of us gathered informally at Round Top to have another brief rededication ceremony. We renounced any residual evil of the past and affirmed that the Moody Center campus in Northfield is officially rededicated to King Jesus and His Gospel.

God asked Ezekiel, “Can these dry bones live?” He rightly answered, “Thou knowest.”

Please pray with us, “Lord, let these dry bones live!”

|  About Dr. Erwin Lutzer
Dr. Erwin W. Lutzer is a current member of the Moody Center Board of Directors. He serves as Pastor Emeritus of The Moody Church in Chicago, Ill., is a featured speaker on three Moody Church Media radio programs and is an award-winning author of numerous books. Dr. Lutzer received an Emmy award in 2018 from the Chicago/Midwest Chapter of the National Academy of Television Arts & Sciences. To read more from Pastor Lutzer, visit his blog.